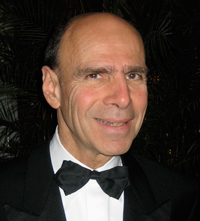 Richard A. Kunin, M.D., earned his medical degree at the University of Minnesota in 1955. His thesis work, Losing Weight on a High Fat Diet, was completed in 1953, more than 50 years ahead of its time. Richard interned at Kings County Hospital Center in Brooklyn, New York and completed three years of specialty training in psychiatry at New York Cornell Hospital, Payne Whitney Clinic. He served as a captain in the U.S. Army for two years of active duty in Korea, followed by two years as staff psychiatrist at Valley Forge General Hospital in Pennsylvania. After an additional year on staff at Minneapolis Veterans Hospital, he was board-certified in both psychiatry and neurology.

From 1962 to 1963, Richard completed an NIH Postdoctoral Fellowship in Neurology at the Stanford University School of Medicine. There, his published research, EEG Studies in Animal Hypnosis, was the first to report on hippocampal theta effects. Subsequently, he taught PhD-level practicum seminars at the Stanford Department of Psychiatry.

Over the next ten years in psychiatry, Dr. Kunin focused on behavioral therapy and patient hypnosis, conditioning an Inner Smile that enables patients to face life and health challenges. This time also led to a new insight in his work, that situational cues elicit genetically programmed instincts and moods. Thus, evolved his theory of Operational Mind, a natural strategy of intelligent adaptation, which proved exciting and clinically useful.

Major scientific breakthroughs in the 1960s inspired Richard to participate in now historic controversies on the role of diet and nutrients in medicine. His clinical research led to the “Orthocarbohydrate Diet”, the first diet plan based on individualized carbohydrate - protein-fat effects on mood, energy, and weight. The “Listen To Your Body Diet” popularized in his best-selling books Mega Nutrition (1980) and Mega Nutrition for Women (1983) remains one of the most user-friendly, safe and effective diet-energy plans. He achieved the first measurement of eicosapentaenoic acid (EPA), one of the two types of omega-3 fatty acids most readily used by the human body, in snake oil in 1989, substantiating its anti-inflammatory benefits (published in JOM, 1989, Vol 4, no 3). 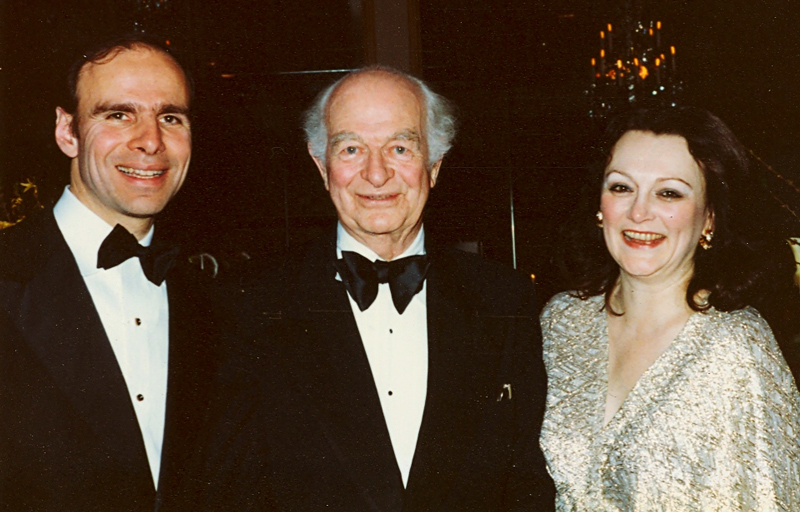 With a desire to provide scientifically advanced nutrition formulas based on the most current clinical research and studies, Dr. Kunin and his son Gregory, who is Vice-President of the National Health Federation (NHF), co-founded Ola Loa (Hawaiian for “long life”) in 1999. Ola Loa’s award-winning products, formulated by Dr. Kunin based on his groundbreaking research in antioxidant therapy and methylation support, offer the most comprehensive and strategic nutritional support available on the market as a high potency effervescent nutritional supplement drink.

In his own words, he had “A brilliant career in medicine,” and here are a few highlights from it:

"Orthomolecular advances were initially perceived as fads in orthodox thinking, but over the past 50 years have emerged as correct and valuable. My practice involved documenting each patient’s molecular needs with laboratory testing, providing a nutritional prescription, and a partnership for informed self-care. Investigations have included: • Mineral analysis and hair biopsy in the 1960s • Megadose niacinamide in schizophrenia, 1968 • Hypoglycemia and antioxidants in the early 1970s • Amino acids in the 1970s • Identifying heavy metal poisoning using hair analysis, 1972 • Manganese in the treatment of tardive dyskinesia, 1974 • Aspirin for niacin flush response, 1975 • Prostaglandin theory of schizophrenia, 1975 • Ortho-carbohydrate diet, 1976 • Omega-3 essential fatty acids in the 1980s • Iron overload, 1985 • Inflammation and oxidant stress, 1990 • Tryptophan and the IDO switch, 1992 • The autism epidemic, 1994 • Methylation and DNA testing from 1998 onward • The role of homocysteine in autism and other health disorders with detailed review of cobalamin, folate, and betaine (TMG), 1999.”

In 2020, Dr. Kunin was introduced to the work of The Future of Medicine Foundation™ (TFMF) through his son Gregory, who is a member of its Board of Advisors. The Future of Medicine Foundation is dedicated to educating the public, business, and healthcare industry leaders by consistently reporting good science and conveying newsworthy facts that prove the importance of (nutrition-based) Orthomolecular Medicine’s application of nutrition to prevent and or cure disease in order to sustain or regain a healthy quality of life—a concept fundamental to the foundation and evolution of Integrative Medicine and Functional Medicine.

In January 2021, Dr. Kunin accepted an invitation from ITM, LTD (International Techno Marketing, LTD) Chairman/CEO Jack Craciun, III and the Members of The Future of Medicine Foundation Board of Directors and Board of Advisors to serve as the Foundation’s Honorary Director. Richard expressed his sincere hope that this collaboration with The Future of Medicine Foundation’s medical team members and business leaders would lead to greater international awareness and advocacy among the general public, business leaders, and the global medical community for the disease prevention and lifesaving attributes of Orthomolecular, Integrative, and Functional Medicine, and for the premier global institutions that work to protect our rights to nutrition and nutrition-based medicine, the NHF and its sister organization, the Foundation for Health Research.

Dr. Kunin’s most recent thoughts shortly before he died ring true, “Orthomolecular Health Medicine is still in its infancy. We need to press on, learn more, and inspire others. What an exciting and fulfilling time to be a part of medical history – and to enjoy advances undreamed of at the outset of my medical career 65 years ago!”

A hero in every true sense of the word, Dr. Kunin died peacefully on February 23, 2021, in Northern California, with his son Greg Kunin at his side. Yet the impact he has had on all of our lives is immeasurable and profound.

Gregory Kunin: Introduction
Gregory Kunin is a graduate of the University of San Francisco with a B.S. in marketing with an emphasis on economics and business law. Gregory Kunin is the CEO and co-founder of Ola Loa Products (DrinkYourVitamins.com) a vitamin company emphasizing methylation support. Currently he serves as the Vice President of the National Health Federation, the oldest health freedom organization in the world (theNHF.com). View a PDF document of Gregory's bio HERE.

Scott C. Tips: Brief Biographical Summary
Scott C. Tips, J.D., Honorary Director and Founder/Member of the Board of Advisors of The Future of Medicine Foundation™, is President of the National Health Federation (NHF), the world's oldest consumer health freedom organization and the only such organization recognized to speak, submit scientific research, and actively shape global policy at international meetings of the Codex Alimentarius Commission. Codex is the United Nations-established organization that sets international food standards, guidelines and codes of practice. Scott has attended more Codex meetings worldwide as chief delegate for NHF than all other health-freedom activists combined. Scott also serves as President and General Counsel for NHF sister organization, the Foundation for Health Research, whose mission is research and education regarding health freedom, the preservation of health-freedom history, and maintenance of the NHF Memorial Library, the only health-freedom library of its kind in the world. Scott has compiled, edited, and published the pre-eminent book on health freedom issues entitled Codex Alimentarius - Global Food Imperialism, is editor-in-chief of the NHF magazine, Health Freedom News and also writes a monthly contribution to Whole Foods Magazine called "Legal Tips."

Ola Loa ENERGY formula is excellent for my patients and readers who want to take vitamins but can't swallow pills. It contains all the vitamins and antioxidants they need. Ola Loa tastes good and is handy for travel as well.

I would recommend Ola Loa Cran-Rasberry ENERGY to anyone and everyone that lacks energy, especially all seniors!

Serving the the military?

Our discount program for active duty personnel allows you to save 40% on your next online order.

Be an Ola Loa celebrity!

Share your story or testimonial about Ola Loa products, and if we end up publishing it on OlaLoa.com, we'll send you a free box of your favorite Ola Loa product.

Sign up for our convenient frequent buyer program and save 35% off on Ola Loa Products... AND you'll never run out of Ola Loa again!