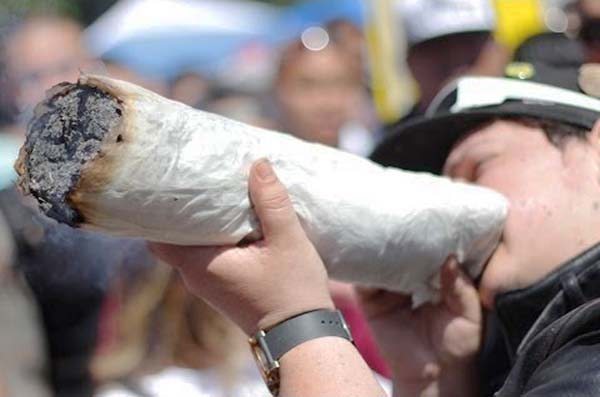 April 20th (aka 4/20) is a special date in San Francisco history that has grown to a national holiday for millions throughout the US. Today here in San Francisco Golden Gate Park will be taken over by marijuana revelers and for the many tourists that will unknowingly be in the park at the same time will probably be surprised to see and smell the giant plumes of pot clouds that will surely engulf the area.

Of course by now many have seen the reports by Dr. Sanjay Gupta of CNN and others that have investigated the many positive impacts that marijuana and CBD's can have on a variety of health issues. But one issue of concern regarding marijuana is worth mentioning today, that being toxins contained in smoke.

This is of particular concern as so many people are vitamin B12 deficient. This deficiency coupled with exposure to cyanides can be a very dangerous condition. This is even more of a concern for vegans and vegetarians that tend to run high cyanide due to cyanogenic compounds in their diet and low B12. The combination of high cyanides and low B12 can be disastrous.

Not long ago we had a young man in our clinic that had gone vegan and was smoking a lot of marijuana. Within a 9 month timeframe he lost nearly 90% of his vision and was developing psychotic behavior.

The good news is there is one form of vitamin B12 everyone should know about in particular smokers and vegans and that is HydroxyCobalamin. The Hydroxy form of B12 is the only form which detoxifies cyanide and ammonia. http://www.ncbi.nlm.nih.gov/m/pubmed/22387086/?i=30&from=hydroxocobalamin%20cyanide%20treatment

More good news. The one vitamin drink that has been at the forefront of Hydroxy B12 for 17 years is Ola Loa. Get the best vitamin drink and the Best B12 in one. Drink Ola Loa, the ultimate 4/20 support, and have a great 4/20. Our B12 product is available for purchase in our Online Store