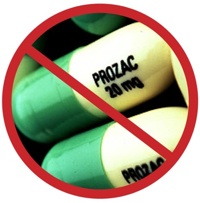 With the recent shootings in New Town, CT there has been a justifiable outcry for something to be done but I'm worried that our representatives in Washington and elsewhere will overreach and not make us any safer. Our elected officials seem obsessed with the idea of gun control and are doing a disservice by referring to certain weapons as "assault weapons". The fact is all firearms in the wrong hands are potentially "assault weapons" and with over 300 million firearms in circulation gun control does very little from keeping guns out of the hands of deranged individuals determined to get their hands on a firearm. What New Town shows us, like other tragedies of this type is that we don't have a gun control problem as much as a medical problem. What's going on with these people to commit such horrible acts? And is there a way to work with these people before they become killers? I believe there is and the Orthomolecular approach is the answer.

It's interesting to note that in many of the cases of mass shootings over the last 20 years the perpetrators were either on antidepressants, coming off antidepressants or changing to another drug. And since the epidemic use of these medications the frequency of these type of events has increased.

The FDA is so concerned about these medications they have warnings about them on their website:
http://www.fda.gov/downloads/Drugs/DrugSafety/InformationbyDrugClass/UCM161641.pdf

"Clinical Worsening and Suicide Risk: Patients, their families, and their caregivers should be encouraged to be alert to the emergence of anxiety, agitation, panic attacks, insomnia, irritability, hostility, aggressiveness, impulsivity, akathisia (psychomotor restlessness), hypomania, mania, other unusual changes in behavior, worsening of depression, and suicidal ideation, especially early during antidepressant treatment"

Most troubling is that many of these people were being treated by health professionals who did not have the advantage of the Orthomolecular approach, of understanding Nutrition, Pollution, Stress (hormone function), Genetics and Blood Flow. This is where I believe, the system has failed us. I am most frustrated about this in so much as the Orthomolecular approach was developed by a group of psychiatrists in the 1960's who found that damaged people could be saved by simply understanding their natural chemistry and correcting the deficiency. In a nutshell those who were nutrient deprived were not at their best, physically or mentally. Put another way, Nutrient Deficiency can lead to PSYCHOSIS! One only has to see a woman who has recently given birth, that is both vitamin B12 and Folate deficient who loses control and injures her own baby to understand this. Extreme postpartum depression is in fact a nutrient deficiency disease as is Pellagra. But ask yourself when was the last time a pregnant woman or an individual being put on antidepressants was checked for their blood vitamin levels?

Sadly modern medicine doesn't get it. The Orthomolecular approach goes a step further and asks, "Are you Toxic?" It's a well known fact that heavy metals, such as lead, mercury, and aluminum can damage the brain. Interestingly enough most of the popular antidepressants today contain large quantities of Fluoride a known neurotoxin that damages the brain. Prozac is approximately 18% Fluoride.

In a 2011 study from China, researchers found an increase in brain cell death (apoptosis) from exposure to fluoride (VIEW STUDY). Also from China a 2009 report shows that Fluoride and lead can decrease learning ability (VIEW STUDY). Both studies show very simply that Fluoride damages the brain. Now ask yourself were these individuals drinking tap water containing fluoride, were they seeing a dentist regularly that was giving them fluoride rinses, did they use mouthwash which contains high levels of Fluoride, and were they eating and drinking foods rich in fluoride. Also ask yourself is it possible that these people were contaminated with other toxins including heavy metals like lead, mercury, aluminum, etc. all of which are known to have a deleterious effect on brain function.

For years many in the autism community have been concerned, rightfully so, with the amount of heavy metals, mercury, in particular, that is found in vaccines, including the FLU shot, which I would never recommend for anyone to take. Let's not forget that as we have increased the number of vaccines in use today so too has there been an increase in these awful violent events.

Lastly, consider blood flow and circulation. In 1999 our Director of Research, Dr. Richard Kunin, presented his findings on coagulation and low blood flow in his autistic children to the DAN! Conference (Defeat Autism Now). It was alarming that 7 of his 12 autistic cases showed elevated homocysteine which can reduce blood flow (Ischemia) which in fact is the most dangerous NeuroToxin. This is very important to understand. We're not talking no blood flow, simply low blood flow. Ask yourself, how many people are currently taking antidepressants when in fact they have a low blood flow disorder caused by elevated homocysteine or other clotting factors (lipoprotein (a), factors 2 and 5 and Small Dense LDL)

Obviously most of the people that take antidepressants or get vaccinated are not going to become raving homicidal maniacs, but one has to ask how much damage is occurring for the common man from these treatments? The "dumbing" down effect. Clearly some people are at greater risk than others, especially with their ability to detoxify and the Orthomolecular approach, I believe, gives us the greatest insight in working with these at risk individuals. I think it is clear that before resorting to toxic therapy it is essential to identify weakness and vulnerability in these individuals to potentially avoid tragedies as we have seen. Our individual chemistry is the place to start and as much as some people want to control all guns ultimately it comes down to the individual not the firearm that commits the act. It may sound cliche but guns don't kill, people do.